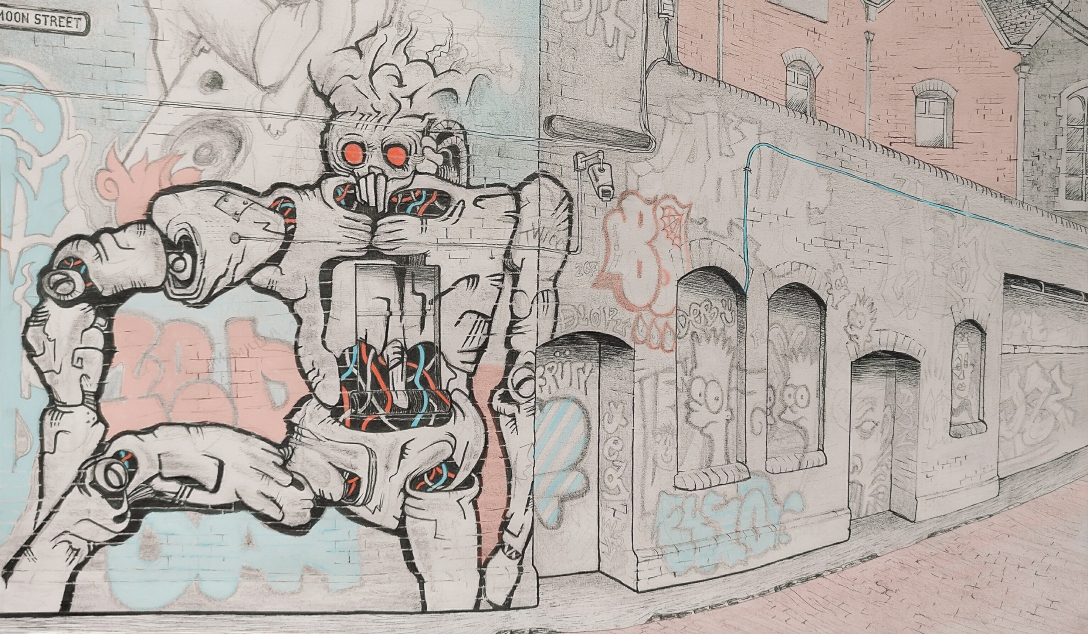 My task while in Bristol: make this dang record. Time spent anywhere is always limited, but now I’m aware of just how limited that time is. Which causes one to set priorities, right? So the album itself, which encapsulates what brought me to town, which encapsulates an era that is even now passing, is the one that has to be given first dibs on my time. And the already moderately colourful piece of work I’m assembling will soon have the colours of other people added into it – their strings, their harmonies, their personalities. I look forward to sharing another work-in-progress song with you in my next update, due on St. Valentine’s Day. Promise it won’t get soppy. Cheers for encouraging comments on the last one!

Other tasks I seem to’ve been waylaid by: my visual experiments, a starter sample of which is shown in an instagram account I’ve created. Which extra-curricular activity surely earns me a rap across the knuckles. But it’s also tied up with time in this dear city…

It’s literally a very colourful place here.
“Bristol sheds its skin. Often you look at Stokes Croft, and it’s wearing something different from what it was wearing the previous day. Like exotic birds with seasonal plumage, buildings swap their colours for other colours, and it’s a bit magic.” 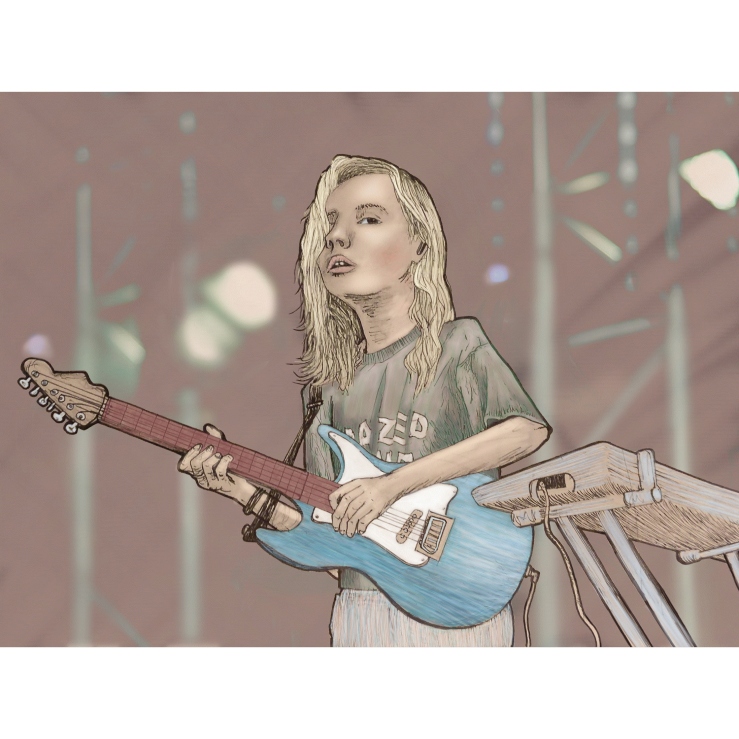 I’ve decided to keep drawing musicians, instruments, learning how to make record art by recreating some classic examples, and so forth. Perhaps the idea of recording is helping a song make its bid for immortality, while the music industry is a series of cycles that result in masses of ephemera. I’m interested in enacting the former, and appreciating the latter – these things that have been made beautiful in their time, short as that time is.
This is a portrait of Amber Bain, aka The Japanese House… she makes music.

But if you really want an art form whose ephemerality is front-and-centre,
“I… wanted to draw how one wall transformed over the course of a couple of months – so here’s the shutters of a corner property I kept walking past, which is doing the new-plumage thing… It’s a Mexican restaurant now, so the shutters aren’t down quite so much.”
You can find further posts in these series and more, and read the thoughts behind them, by following @mrdornanillustrates on instagram. A portfolio site will probably happen sometime, but hey. The flora and the fauna are calling.